If you’re feeling left behind at 50, take heart. You have a lot of things going in your favor. Your 50s are prime earning years. They also tend to be years in which your other spending needs start to subside. The day-care costs and other child-rearing expenses that weighed you down in earlier years tend to dwindle as kids grow older and move out of the house. The end of your mortgage may also be in sight. And you’ve still got more than a decade to bulk up your retirement savings.

Chances are that you’re doing better than you think you are. The median net worth of families with a principal breadwinner 45 to 54 is about $265,000, according to StatsCan data for 2005 updated by MoneySense estimates. Most of that total reflects the equity built up in your home. Savings are still relatively modest — while seven out of 10 families in this age bracket have RRSPs, the median amount of those RRSPs is only $45,000. So if you don’t have a bulging bank account or huge investment portfolio by your 50th birthday, don’t get discouraged. Few people do.

The strategies we discussed for 40-year-olds can help you make the most of what you have. And these additional tactics can put your savings into overdrive.

Give yourself a raise If you buy something worth a dollar, you’re actually spending far more than a dollar of your income. How’s that? Well, on most purchases, you have to count on paying the federal Goods and Services Tax or equivalent. In provinces other than Alberta, you’ll also be hit up for sales tax. On average, that means that you must have $1.10 or so in your wallet to make your $1 purchase. And let’s not forget that the $1.10 that you’re handing over to the cashier is paid out of your salary after income taxes. If you’re a typical middle-class or upper middle-class Canadian, you probably had to earn about $1.50 before income tax to generate that $1.10 after income tax. So that $1 purchase you just made is actually eating up $1.50 of your before-tax income.

Depressing, isn’t it? But there’s a more optimistic way to look at things. Just reverse the math above. It turns out that every dollar that you don’t spend is the equivalent of earning an extra dollar and a half. If you can avoid spending $1,000 a year, you’ve given yourself the equivalent of a $1,500 pay increase.

The easiest way to give yourself a whopping raise is to look for ways you can do things yourself, rather than hiring someone else to do them for you. Paint your own house, cook your own steak, cut your own lawn and build your own deck, and you’ve awarded yourself the equivalent of several thousand dollars in extra salary.

Walkington, the financial planner, says she worked with one couple who was spending $400 a month on dog walkers. “To me it was frivolous, but to them it was important,” says Walkington. She explained to her clients that the amount they were spending on dog walkers was sufficient, in itself, to fund a decent retirement. Finally, the couple relented and started walking their dogs themselves.

It’s not old, it’s vintage Hey, you’re getting bit older, so why shouldn’t your possessions? Another way to bulk up your dollar line is simply to make a point of keeping possessions longer, rather than replacing them with every shift of fashion. Keeping a Honda Civic EX for 15 years instead of buying a new model every five years can put $20,000 in your bank account, according to Consumer Reports. Waiting a year or two before buying the latest computer or iPod will usually save you at least 20% off the prices paid by early adopters.

Seize the opportunity Chances are that you will finish paying off your mortgage at some point in your 50s. That’s a huge achievement — and it can provide you with a golden opportunity to redirect what you’ve been paying on the mortgage into your RRSP and other retirement savings. Do that for a few years and the results are eye-popping. Take the case of a 55-year-old who has an RRSP worth only $50,000. If she is paying $10,000 a year in mortgage payments, and finishes paying off her mortgage on her 55th birthday, she can realistically plan to quadruple her savings to $200,000 at 65 simply by redirecting into her RRSP what she used to hand over to her bank in mortgage payments.

Get real about investing Of course, to get good results from your portfolio, you have to be realistic about the stock market. Many fiftysomethings try to catch up in one big swoop. They bet their accumulated savings on a single hot stock or business opportunity. By and large, this is not a good idea. Remember the painful math of high-risk investing: if you lose half of your money, you have to double what’s left to simply get back to where you started.

A better way to make up lost ground is to bump up your investing returns by cutting unnecessary fees. You can see one method for doing this by visiting www.moneysense.ca and looking at our Couch Potato portfolio. But the same cost-cutting notions can be applied in many ways. Simply moving to low cost mutual funds and avoiding unnecessary trading can easily reduce your investing fees by a full percentage point a year. If you have a $100,000 portfolio, that means you can add $10,000 to your bottom line over the next decade — without doing a minute of extra work.

Recharge your career If you’ve been in your job a long time, you may feel stuck in a rut. If that’s the case, you’re probably not getting great raises. Look for ways to take on new roles and responsibilities. Volunteer for assignments. Consider applying to internal postings for other positions, even if those new positions are at the same level as your current job. Offer to share the benefit of your experience freely with your colleagues. At this advanced stage in your career, you may not want to consider jumping to a new employer, but you should be prepared to do so if the opportunity is clearly better.

Being realistic about your work demands the courage to face up to the facts. A 49-year-old Vancouver woman we’ll call Diane Newman was 40 when she realized that the tiny marketing agency she had founded five years previously was simply not going to turn into the success she had hoped. “The business was not financially viable and it takes a while to come to that realization because you have a lot of ego invested,” she says. Newman had accumulated about $7,000 in debt and taxes and had no money to pay. “It was incredibly stressful,” she says. “I had sleepless nights.”

With the help of Sylvia Lim, a Vancouver financial planner and author of Finances After 55, Newman developed a catch-up plan. She shut down her business, landed a better paid job as an employee, set up a multi-year plan with Canada Revenue Agency to pay her back taxes, and reduced her spending. “Facing up to that situation and having a plan gave me incredible relief,” she says. She became devoted to bargain-hunting and buying staples in bulk.

In the nine years since facing up to reality, Newman has significantly increased her income and has gone from owing money to having a positive net worth. She works hard at being valuable to her employer, has negotiated good raises and has changed employers twice to get ahead. “A lot of people think getting pay increases is beyond their control,” she says. “But you have a lot more control over it than you think.” 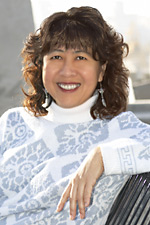 Sylvia Lim is the author of Finances After 55, and Personal Budgeting Kit. Sylvia is a Certified Financial Planner (CFP) and Chartered Professional Accountant (CPA, CGA) with over 25 years of experience providing clients with sound financial advice and services.